What's on your mind?

Level 105, 4 New Areas, New Metins/Monsters/Items Following on from previous test server efforts, that time comes again for Gameforge to let players have a hands-on experience with new content in a special environment, before content goes live to their home server.This time the beta server is focused on a long-overdue and oft-announced but never implemented update, 99+ levels. On the test server, characters can be up to level 105.

you can [yang kaufen]  from online shop with safe transaction.                               Not a huge improvement over 99, but a start nonetheless.Besides a higher level cap come 4 (yes, 4!) new areas, along with new enemies and metins to populate them. Some new items are arriving too, with new ores and presumably a new bunch of accessories to socket them into.Registrations open tomorrow, Wednesday November 14th, at 4PM. They `ll close 2 days later or after 4,000 signups, whichever happens first. The server itself will open on Thursday, November 15th. As always, the URL will be beta.metin2.com, though it will only become accessible once registrations are open.While many users will simply play with the new content for their own amusement, Gameforge is looking for feedback. Namely: New character level: Fight against monsters until you level up to 100. Take a screen shot of your character overview and post it in one of the official test boardsFind new ores and Metin stones and check if they are in reachable positions. If you find one which is out of range, please take a screen shot (highlight the coordinates in the mini map) and post it in our Open Beta bord sectionGraphic errors & glitches - check out the new maps and let us know if you find something unusualGeneral feedback - give us your first impressions about the new content and keep in mind that it is a test and not everything is finalized yet

I have added a few new policies to the Wiki. All of these polices are based on similarly named polices on Wikipedia. Almost all of them are behavior polices that are, frankly, good common sense for any community driven project. The following are the list of policies:

There may be other polices and guidelines that I will eventually be porting. If anyone has a suggestion about a new policy or guideline that they think should be needed. Please post your ideas over in the Policy and Guideline Proposals forum.

I have turned this new forum extension because I simply like it much better than the old wiki-forum extension. For starters, it works very much to how our message walls work. It also means that each individual's posts will be kept separate from the previous posts. In the older forums, if you didn't previously know Wiki etiquette about indenting replies, you could get very confused.

I'm still fiddling with the idea of completely deleting the old forums as nothing much actually happened there.

Now if only I can figure out how to move the article comments off the bottom of the article, I would turn those back on too. 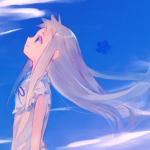