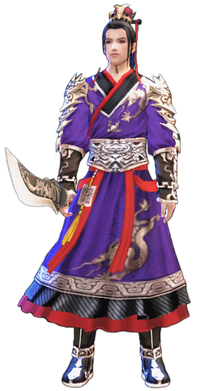 Royal Guards is one of the Eight Great Schools in Age of Wushu. Vicious and cruel, the members of the Royal Guards seek power and control. Their brutal, merciless attacks are the dark twin of Shaolin.

The Royal Guards are the most famous of all the Ming Dynasty intelligence agencies. They were established to supervise, spy on, and oppress any unlawful acts by government officials. They can enter the Royal Courts freely to report to the Emperor directly. The Royal Guards are active in all corners of China and secretly join in many major tournament events. They are a cruel and ruthless group that garner fear from all other schools.[1]

Royal Guards' main weaknesses are matchup-specific. Soul Chasing Claw can be rushed down, Soul Losing Blade has little finesse, and Eagle Claw Fist relies too much on gimmicky mixups. All are beatable, though doing so can be a real challenge.

Royal Guards has its own rules and regulations. Breaking these rules will increase the player's Discipline Points. If a player’s Discipline Points exceed 100 and they enter the School area, a punishing cutscene will play. When the cutscene ends, the player’s health will be halved and they'll receive a weakening debuff for an hour. 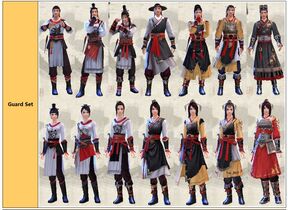